On March 4, 2021, the training course “Application of the norms of international humanitarian law in the exercise of procedural powers of the prosecutor in relation to criminal offenses committed in the context of armed conflict” came to an end. It lasted from 2 to 4 March 2021.

This training course was planned to increase the level of professional competence of prosecutors of procedural management departments in criminal proceedings for crimes committed in the temporarily occupied territories of Donetsk, Luhansk regions, the Autonomous Republic of Crimea and the city of Sevastopol and in armed conflicts, the Prosecutor General’s Office and regional Prosecutor offices.

Within the specified training course the following trainings were conducted:

“Application of the norms of international humanitarian law in the work of the prosecutor”;

“Features of procedural guidance and support of public prosecution for criminal offenses committed in an armed conflict”;

“Communication with media of prosecutors who provide procedural guidance in criminal proceedings concerning criminal offenses committed in the context of armed conflict.”

The trainers of the training course were:

Anna Vyshnyakova – Master of the International Criminal Law and Transitional Justice Program of the UN Interregional Institute for Crime and Justice (Italy, Turin), Legal Analyst at the Ukrainian Legal Advisory Group on Transitional Justice and the Application of International Humanitarian Law in Ukraine, Member of the Ukrainian Board Harvard Kennedy School Women’s Network Ukraine, representative of the Noble Institution for Environmental Race (Canada) in the UN Economic and Social Council;

Tetyana Sapyan – media expert, presenter (18 years of experience in the field of media), air producer, author and host of live prime-project “Morning of the Great Country” on Era FM radio, participated in the filming of the documentary “Hostages” in 2018, explores the field of public administration at the National Academy of Public Administration under the President of Ukraine. 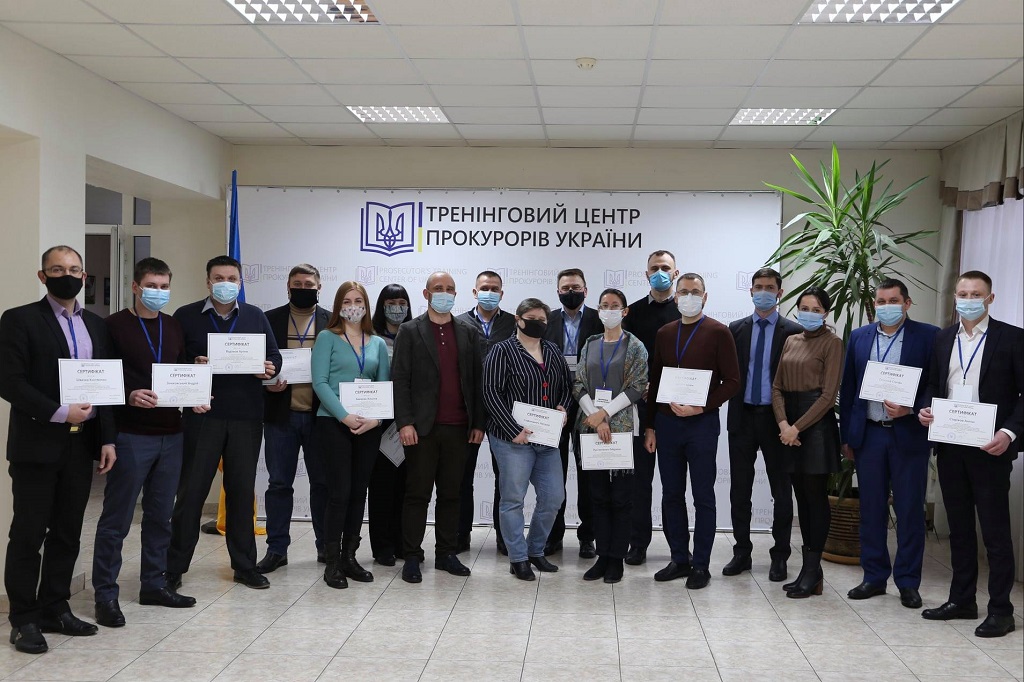